Leading up to the Norwegian general election campaign and during XR Nordic Rebellion week in Oslo.

The Play of Everyman 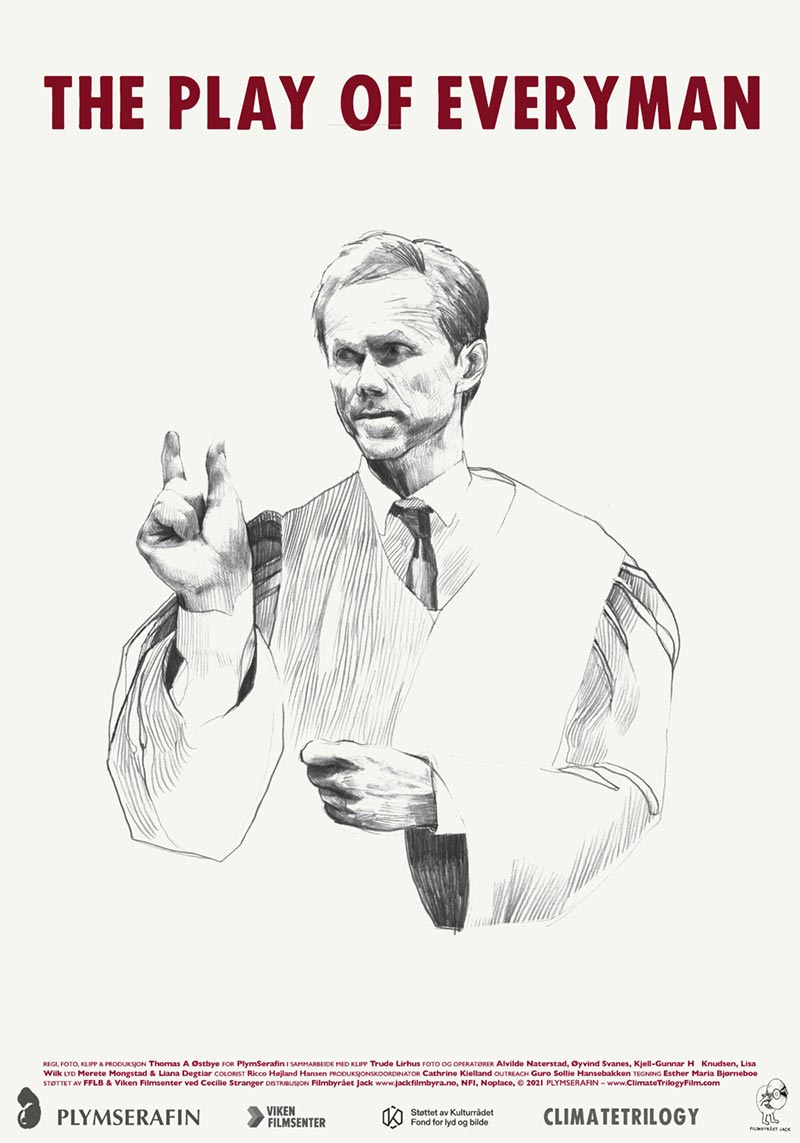 Everyone has the right to an environment that ensures health and to a natural environment where productive capacity and diversity is preserved. Natural resources should be allocated on a long-term basis with comprehensive consideration given to safeguard this right for future generations.

– The Constitution of the Kingdom of Norway

In Norway’s first and only climate trial, environmental organizations took the state to court for breaching its people’s human rights by granting oil licenses in the Arctic.

The final judgment of the Supreme Court, passed in late 2020:

« The door has been closed on climate trials in Norway. When the courts abdicate, the issue is left to the verdict of history. We don’t know yet, it might be harsh. »

« …a poignant picture of the authorities’ reluctance to act… It is easy to get mired in despondency after watching Østbye’s film, a veritable tragedy with lingering close-ups of faces that evoke Carl Th. Dreyer’s classic The Passion of Joan of Arc from 1928. Østbye presents the various people involved in the trial with extreme clarity – the camera’s gaze scrutinizes them closely, holding them accountable. »

« …The Play of Everyman reveals to us we live our lives within a system of annihilation, even of ecological cannibalism, which stimulates the ignition of the calamity in simply being committed to the description of one’s labour…Every human being within this machinery is committed to their job assignments compliantly, while we all end up with an absurdly disastrous system. The question is thus: Why do we not resist? Who is willing to stand forward and sabotage a system that is so blatantly destroying our common ground of existence? »